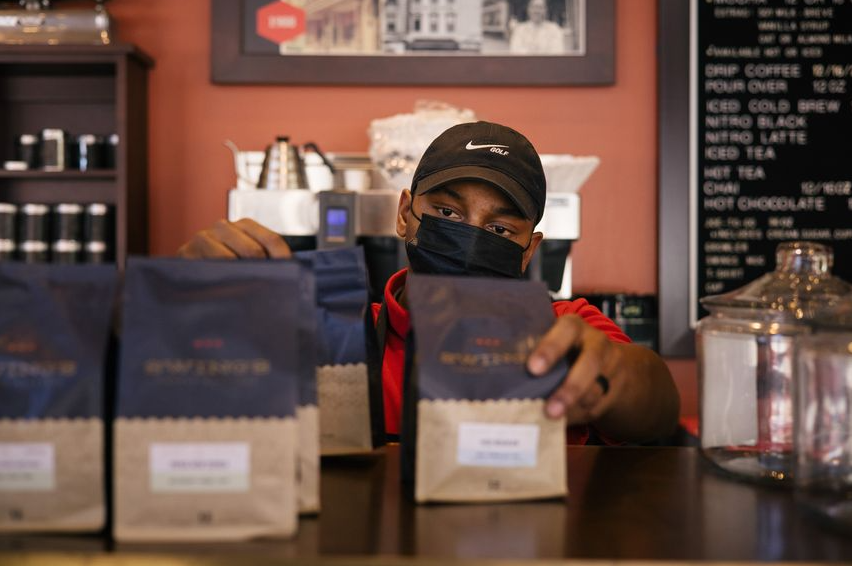 An annual assessment of the nation’s financial well-being, released Tuesday by the Census Bureau, offered insight into how households fared during the pandemic’s first year. It arrives as Washington debates how much more to spend to bolster the economy during the worst public-health crisis in a century.

Median household income was about $67,500 in 2020, down 2.9% from the prior year, when it hit an inflation-adjusted historical high. It came as the U.S. last year saw millions lose their jobs and national unemployment soar from a 50-year low to a high of 14.8%.

The last time median household income fell significantly was 2011, in the aftermath of the 2007-09 recession.

The Census Bureau’s top-line income figure includes unemployment benefits but doesn’t account for income and payroll taxes nor stimulus checks or other noncash benefits like federal food programs. If those had been counted, the median household income would have risen 4% to $62,773.

As was the case with the income measure, the report offered conflicting takes on poverty trends because of differing definitions and approaches to the topic.

The bureau said the traditional poverty rate in 2020 was 11.4%, an increase of 1 percentage point from 2019 and the first increase after five consecutive years of declines. That translated to 37.2 million people in poverty, an increase of 3.3 million from 2019. For a four-person household, the threshold for meeting the definition of poverty was about $26,000 in 2020.

The official poverty measure doesn’t reflect how much a household pays in taxes, and it also omits noncash government aid like tax credits, housing subsidies and free school lunches. A broader poverty measure that accounts for such expenses and income actually fell last year to 9.1%, down 2.6 percentage points from 2019.

The decrease, coinciding with an increase in the official poverty rate, highlighted the role of the government safety net, which was expanded during the pandemic. The two poverty yardsticks have tracked closely for a decade, but last year was the first time that the supplemental measure dropped below the official measure.

Without the first two rounds of stimulus checks issued last year, the broader poverty measure would have risen by almost a percentage point instead of dropping, the bureau said.

“The increase in poverty would have been even larger if it were not for the ample fiscal support provided over the past year,” said Shannon Seery, an economist at Wells Fargo & Co.

After continued direct federal payments made to households in 2021 and enhanced unemployment benefits that expired in early September, Ms. Seery said, an improving unemployment picture should help households.

“With a robust demand for labor, exhibited by the record 10.9 million job openings in July, and average hourly earnings rising across industries, the current environment should help lure workers back to the job site,” she said.

The bureau also said Tuesday the proportion of Americans without health insurance for all of 2020 was 8.6%, essentially unchanged from 2018. About 28 million Americans lacked health insurance, according to the survey.

SHARE YOUR THOUGHTS
What are your takeaways from the census data? Join the conversation below.
Median earnings in 2020 of those who worked full time, year-round increased 6.9% from 2019. The 2020 female-to-male earnings ratio was 83%, essentially unchanged from the previous year.

In 2020, median household incomes decreased 3.2% in the Midwest and 2.3% in the South and West, the bureau said. The change in the Northeast between 2019 and 2020 wasn’t statistically significant.

The road ahead for the U.S. economy looks more uncertain than earlier in 2021. In recent weeks, growing evidence has built of lost momentum as Covid-19 cases rose again. Supply-chain challenges and a lack of workers for lower-paying jobs also are weighing on economic growth.

Rocky Smith Jr., a 41-year-old union worker who cuts metal parts down to size after they exit a furnace, said things are looking up for his family of four in Muskegon, Mich. After being laid off in April 2020, he said, he wasn’t hired back until July 2021.

Mr. Smith said he is now making more than $20 an hour at his full-time job. His wife, he said, resumed working during his unemployment and the family skipped meals out and other luxuries.

“We rolled with the punches,” said Mr. Smith, a former boxer. “Life hit us, but we made it work.”

It could do but first you'd have to get it out of an aircraft museum.

Must be getting bad in uncle Sam's country that even US locals and visa holders refuse to board a rescue aircraft to get out of Afghanistan...

28+7 makes 35 desperate folks; a Fokker F27 friendship would be able to take more desperate passengers, even a DC3 would do better...

Word is getting around,  better stay away from Ausuk concentration camps..

Intended for the US Capitol Hill, a short suggestion:

remove those tariffs on China goods and sanctions on China-assembled technologies.

Doing so will increase the disposable incomes of US households and help tide them over their present pandemic-induced travails.