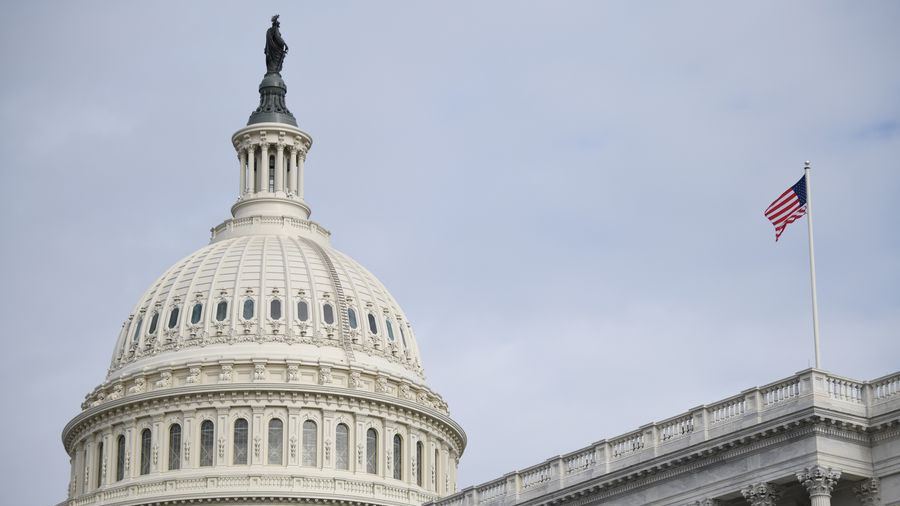 US-China relations are going through hard times. The trade war declared by former US President Donald Trump against China and the coronavirus pandemic have hindered the plans of the two major countries regarding the further development of their economies and bilateral cooperation.

This should be changed, as both societies deserve a respite. Perhaps it is dialogue that can eliminate the differences that have arisen between the two countries.

It would be appropriate to recall the statement by Chinese Foreign Minister Wang Yi that "dialogue is the key to restoring Sino-American relations." The Chinese minister believes it is important for both countries to intensify dialogue and properly resolve their differences, as well as move in the same direction to resume mutually beneficial cooperation.

It is difficult to say whether Beijing's appeal will resonate in Washington. They are too afraid of losing their status as world hegemon. Moreover, the more anti-Chinese hysteria on the American side, the worse it is. But the United States does not want to understand this yet.

Dialogue is the most important tool for resolving conflicts, and the only thing capable of changing the real state of affairs in US-China relations. Before Richard Nixon came to power, the United States had no high-level contacts with China for over 20 years. It was dialogue that was key to reestablishing US-China relations under the Nixon administration. Time has shown this method works if both sides have the will and desire to cut the Gordian knot.

The Chinese side has repeatedly stated Beijing is ready for dialogue and the elimination of differences between the two countries. However, is the American side ready to overcome all the obstacles on the way to "reset" bilateral relations? Should the United States continue to accept confrontation as a favored strategy when a pandemic is raging around the world, provoking an internal economic crisis in many countries?

Today, China is not a threat to the United States. On the contrary, it is a dynamic factor in the global economy. In a short time, Beijing has become the main trading partner of all its neighbors and most Western countries, including the United States. A prolonged confrontation between China and the United States will only harm the world economy, with unpredictable consequences for all of humanity. The two large countries with inexhaustible economic potential have a responsibility to interact with each other, since the US-China relationship is central to maintaining world peace and shared prosperity.

Current US President Joe Biden has a good opportunity to correct the mistakes of his predecessor, build a new trajectory for the development of relations with China in the long term, reduce tensions in bilateral relations by lifting sanctions against Chinese companies and abandon the policy of containing China and interfering in its internal affairs.

Despite tensions in US-China relations, in some areas the countries remain open to cooperation, such as reducing carbon emissions. Overcoming such global challenges is possible only through a joint effort. For example, the United States and China could effectively cooperate in jointly countering the coronavirus pandemic and restoring the world economy.

However, the strategy of the United States based on confrontation must be replaced with strategies for building a multipolar world, a new type of partnership in the interests of global development. Because as Chinese President Xi Jinping recently said in a telephone conversation with Biden, confrontation between China and the United States is a disaster for both these countries and the whole world. Sino-US cooperation can and should be globally beneficial.

China is a constant in the world economy, and no sanctions will be able to move it from its position. Instead of punishing Beijing, the US creates problems for its own partners and allies. The Chinese factor in the global economy cannot be eliminated or reduced in scope. It is and will remain decisive.

To avoid shocks, Washington needs to reel back its ambitions, adjust its policy, lift unreasonable sanctions and bans on Chinese companies, scientific institutions and stop its attempts to suppress the technological progress of the PRC. We should be friends with China, not enemies. Cooperation will benefit the US, its partners and the whole world. The Cold War was thought to be over for a long time, but the West still seems to need adversaries. Let's hope the soft power of the East will be able to melt the ice.

The author Seymur Mammadov is the director of the international expert club EurAsiaAz and editor-in-chief of Azerbaijan's news agency Vzglyad.az.

What "own homelands" are you talking about here? Which countries?

Just that the blind believes in US more than any other country and even their own homeland to the extent of serving their own land to US for massive destruction while enjoy looking at the process as it unfolds before their eyes!

You are correct that US has many military bases outside continental US.

According to reliable sources, at least more than eighty percent of these bases have full combat capacities to strike and deliver total lethal damages to any selected target.

This makes US the need to support these expenses through military hardware sales.

So what should happen to all of China's military bases ?

The sad truths is; our world is showered with uncle Sam's military bases.  I'm aware of 800 bases outside the continental USA.

The world would be so much happier without them.

US is a predatory institution. It is not a nation. It is a collection of rich moguls with predatory characteristics. Any of you seen the rich guys stopping their monstrous wealth accumulation process? Eventually they will have to eat up Russia, China.. etc. as these 2 and others offer genuine competition to the US. Even if US  becomes so strong that it does not need to attack, its demand of Russia, China and other nations will eventually sapped out all the vitality of competing nations. That's how US will behave.

Thanks for the glad tidings.

US is the real wolf under lamb's wool!

It will destroy China whenever the slightest opportunity arises!

This is nothing new!

US dictates and the world must obey!

It is in the eyes of US that the world is showered with PEACE!

This is the real problem with US having lost its sight for good!